Well rested we actually get to the park about 8:30 this morning. The gates were open and you could enter the park to explore Hollywood and Sunset Boulevards.

We could not go on the exciting drive thru the streets of LA on Rock ‘n’ Roller Coaster this trip but this is usually our must see first attraction in this park. Our grandson and granddaughter have just loved this roller coaster ever since they were tall enough to ride it, and this is an attraction that we come back to several times during the day when they are with us. This indoor coaster launches you at 57mph and 4.5g’s in 2.8 seconds as you twist, turn and invert with Aerosmith playing through the speakers. “ROCK ON!!”

Our planning usually goes like this: Arrive at park opening, head first to Rock ‘n’ Roller Coaster, then next door to Tower of Terror, and an get an early fast-pass for Toy Story Mania at about 10:00 to 10:30. With the 3 high wait time attractions completed this leaves the rest of the day to casually explore the park.

Today though we head straight for the “Twilight Zone”. The Tower of Terror attraction is a haunted elevator ride that is outstanding and we think much better than the Disneyland version. Now lets board the elevator and enter our own episode of the TWILIGHT ZONE. It starts with a walk through the Lobby to a study where you are introduced to the Twilight Zone, and then it is off to the Basement to board the freight elevator for the ride to your room. 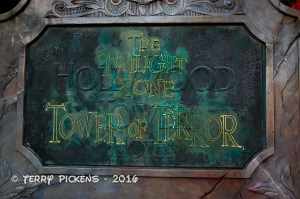 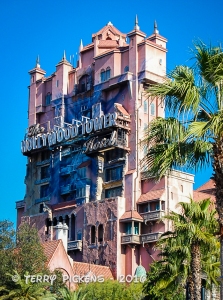 Up you start but low and behold your elevator halts and starts to travel horizontally through a hallway and into the TWILIGHT ZONE. Hold on tight as the elevator shoots up to 139’ above the park where you have a birds eye view of the park at the open doors then drops you at over the speed of gravity, “AIR TIME”. Randomly you head up then down until you are let off to exit out through a store, naturally. 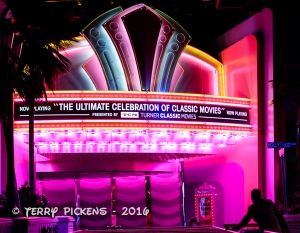 The Great Movie Ride was next up as we head over toward Toy Story Mania attraction and our fast-pass time. This attraction is the park’s signature reproduction of the Chinese Theater in Hollywood and replicated down to the concrete hand, feet and signature prints of Disney Characters and stars of their movies out front. Inside the history of the movies is brought to life with Animatronic figures, special effects, projections and actual live actors. The last scene is a montage of old and new movies that are timeless and classic.

It’s now time for our fast-pass at Toy Story Mania, YIPPE. This attraction is a virtual 4-D shooting gallery of all the best midway games. Get ready for some fast shooting as you pop balloons, break plates, play ring toss, toss eggs, shoot suction tipped darts and finally have a mine train shootout scoring points as fast as you can pull the string of your gun. Score high points to beat your friends and you can brag all day. The theming in the queue is imaginative and makes you feel like a toy in Andy’s Room.

We needed some time to rest so it was over to Beauty and the Beast – Live on Stage. This musical extravaganza based on the animated film never disappoints. 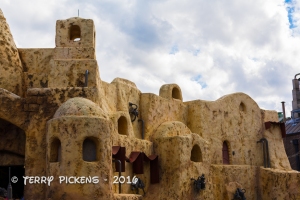 Next up we went to see the Star Wars Preview at the old Art of Animation space. An entertaining short movie on the new Star Wars Saga with a walk through of movie props from the films and a character meet and greet of several rotating Star Wars personalities. 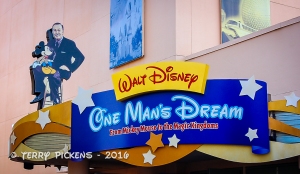 Now for one of our favorite walked thru attractions “Walt Disney’s – One Mans Dream Dream”. We had to see this one last time, as it will be closing due to the new Toy Story expansion, SO SAD. This is a gallery of props, toys, models, sketches and a biography of Walt’s dream of art, animation and his design’s for a new type of amusement park.

We pick up a Disability Pass for Toy Story Mania before heading over for lunch at Studio Catering, a place we have not eaten at yet. Where we both had very good sandwiches that filled our stomaches. This eating establishment is out doors but covered and is a nice respite to rest, although a bit noisy at times.

Then it is back to Toy Story Mania again to see if we can outscore our previous visit. I don’t think either one of us was better than this morning though.

I had to stop by the “The Writer’s Stop” for a Carrot Cake Cookie for a yummy snack. I just heard this coffee-pastry shop is closing for good due to the new Star Wars Land expansion, I hope they put their bakery items at another location in the park (Starring Rolls maybe?)

Then we are done for the day, even though we still did not do Indian Jones Stunt Spectacular, Lights Motor Action, Muppet Vision – 3D and Star Tours Show. We must pace ourselves so it is back home at 2:30 as we still have Animal Kingdom tomorrow, 1 more day at EPCOT, 2 days at the Magic Kingdom, and 1 day off where we plan to walk over to Disney Springs (Downtown Disney) before boarding our plane for home. 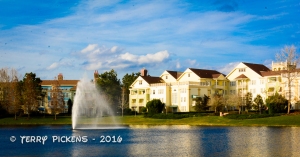 We rest at the villa for a while doing a small load of laundry, and then it’s out to explore a little more of Saratoga Springs Resort. We investigate the Paddock Pool Area. After another day of walking 14,000 steps and 5.35 miles we are back in our condo for a well deserved afternoon rest .