In the last post my grandson and I visited The Orange Empire Railroad Museum (LINK) while a Steampunk special event was going on. It was wonderful seeing this sub-culture and experiencing the fun and positive attitude of all the people there.

So what is Steampunk? 1987 marked the first known use of the term “steampunk”. 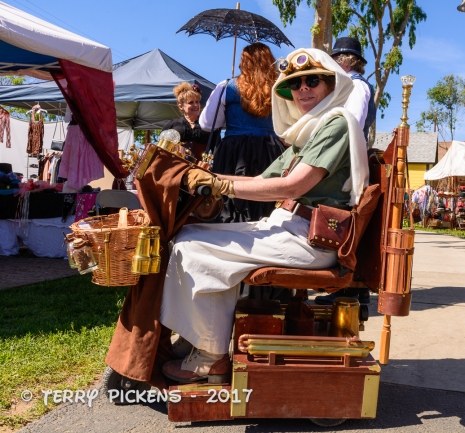 Steampunk perhaps most recognizably features include futuristic inventions as people in the 19th century might have envisioned them. Its basis in reinterpreting the era’s perspective on fashion, culture, architectural style, and art.  Such technology may include fictional machines like those found in the works of H.G. Wells and Jules Verne, or of the modern authors Philip Pullman, Scott Westerfeld, Stephen Hunt, and China Miéville.  Steampunk can contain alternative-history-style presentations of such technology. 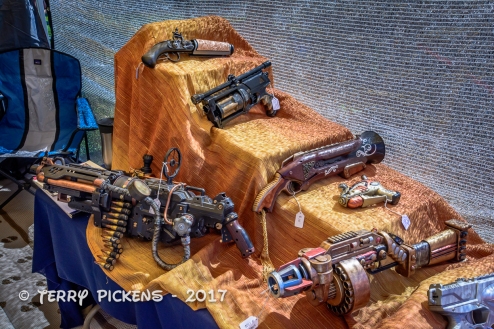 Steampunk also incorporates additional elements from the genres of fantasy, horror, historical fiction and alternative history making it often a hybrid, also refering to any of the artistic styles, clothing, fashions and subcultures that have developed from Victorian-era fiction, art nouveau design, and films from the mid-20th century. Various modern utilitarian objects have been modified by individual artisans into a pseudo-Victorian mechanical style, and a number of visual and musical artists have been described as steampunk. 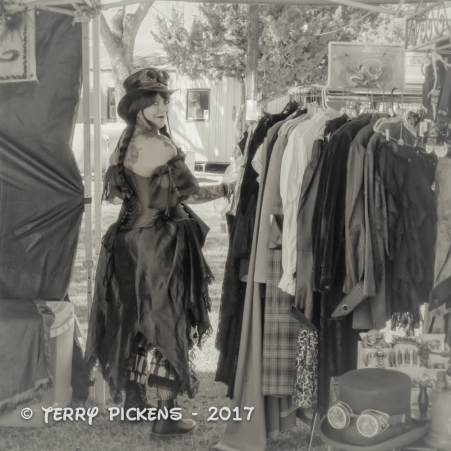 Steampunk has no set fashion guidelines though it tends to synthesize modern styles with influences from the Victorian era. Such Victorian influences may include bustles, corsets, gowns and petticoats; suits with waistcoats, coats, top hats, tailcoats and spats; or military-inspired garments. Steampunk influenced outfits are usually accented with several technological and “period” accessories such as timepieces, parasols, flying/driving goggles, and ray guns. Modern accessories like cell phones or music players can be found in steampunk outfits, after being modified to give them the appearance of Victorian-era objects. Post-apocalyptic elements, such as gas masks, ragged clothing, and tribal motifs, can also be included.

Some of the TV shows and Films that influence this Steampunk include:

The 1965 television series The Wild Wild West, as well as the 1999 film which features many elements of advanced steam-powered technology set in the Wild West of the United States.

Despite leaning more towards gothic influences, the “parallel reality” of Meanwhile City, within the 2009 film Franklyn, contains many steampunk themes, such as costumery, architecture, minimal use of electricity (with a preference for gaslight), and absence of modern technology (such as there being no motorized vehicles or advanced weaponry, and the manual management of information with no use of computers).

The 1979 film Time After Time has Herbert George “H.G.” Wells following a surgeon named John Leslie Stevenson into the future, as John is suspected of being Jack the Ripper. Both separately use Wells’ time machine to travel. A follow-up to this is the 2016-17 TV series with the same name.

The Adventures of Brisco County, Jr., a Fox Network 1993 TV science fiction-western set in the 1890s, features elements of steampunk as represented by the character Professor Wickwire, whose inventions were described as “the coming thing”.

The BBC series Doctor Who (which premiered in 1963) also incorporates steampunk elements. 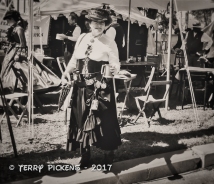 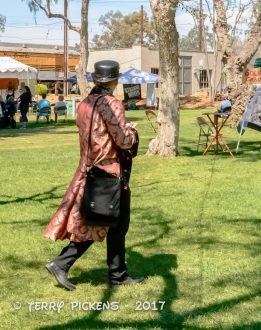 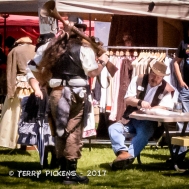 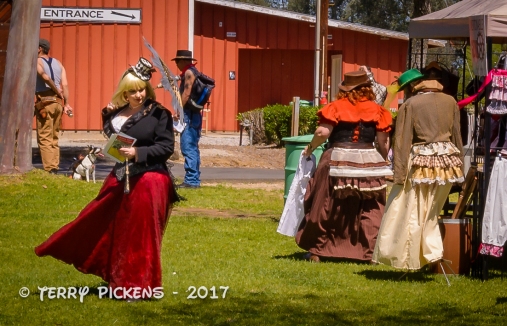 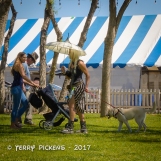 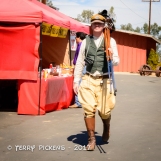 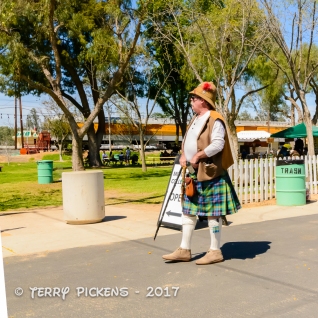 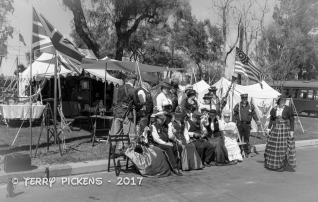 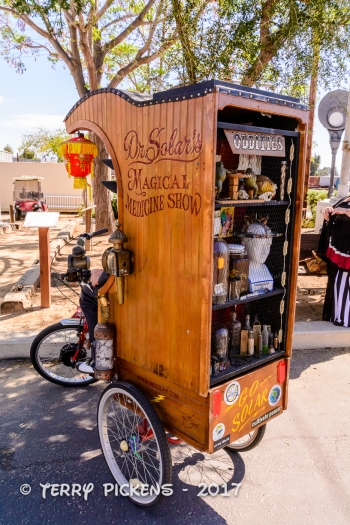 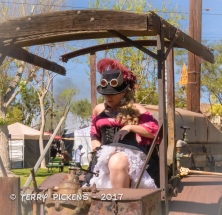 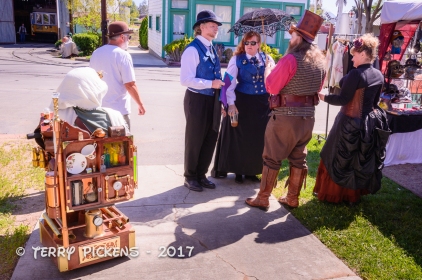 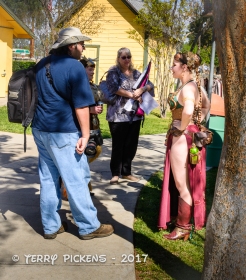 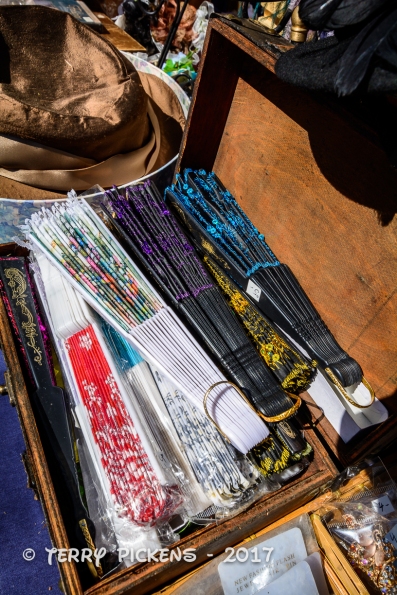 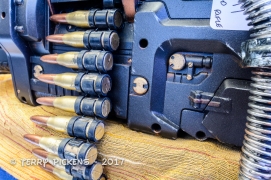 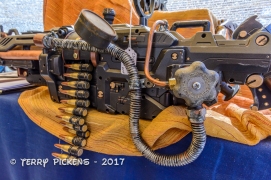 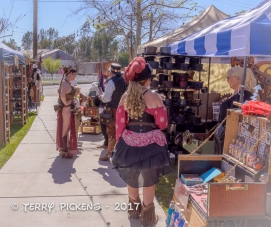 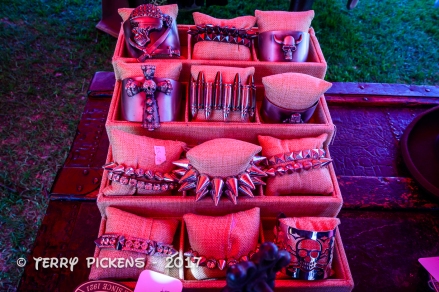 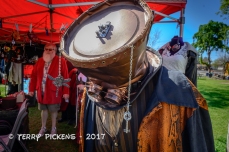 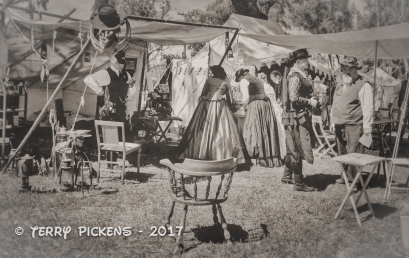 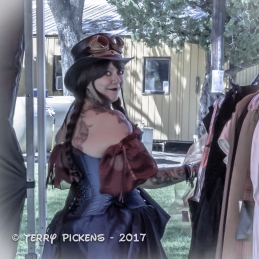 It was quite a visual scene with all the vintage locomotives and the Steampunk culture in the same place. The people were all very friendly and talkative even though we were dress in our regular clothes. We had a great time and will go back again to visit, maybe again next year at the annual Steampunk gathering.

3 thoughts on “SO WHAT IS STEAMPUNK?”

Again a great walk along the bluffs on a walk from my Tiny House Room. This coast had some breathtaking scenery.
I’m so enjoying this area. Today I headed south to a location named Sea Ranch. The last building is the Sea Ranch Chapel. Such a beautiful free form structure. It just fits into the nature it sits in.
Walked from my Tiny House to the Point Arena Lighthouse along the bluffs then came back along the road for a total of 5.5 miles. Fun walk for the day. Seas are calming down a bit but the tides are pretty high so no beach time.
The bluffs around Mendocino, just a wonderful area.
Great walk along the headlands of the coast at Fort Bragg. Lunch was at a place called Eggheads, great food.
After the redwoods walk I continued down HWY 1 to Point Arena and checked into my room for the week. A great Tiny House
Follow TVP Journeys on WordPress.com
%d bloggers like this: