It was agreed that we should again reroute due to incoming harsh weather and the ferry strike going on The Marine Highway. The original route was to go across the ferry at Dawson City and follow the Top of the World Highway and the Taylor Highway to Tok, Alaska. Go south along the Alaska Highway along the Haines Highway to Haines, Alaska and take the ferry to Skagway. With the ferry strike it was decided to go south to Whitehorse, Yukon, Canada and directly to Skagway, Alaska via the South Klondike Highway.

Waking up early we drove into town and ate breakfast at Belinda’s Restaurant for some good ole pancakes and eggs.

After breakfast we parked along Front Street and walked to the ferry crossing of the Yukon River and crossed to walk to the Sternwheeler Graveyard located past the campground on the west side of the river. Tucked into the trees you will find the wooden remains of seven paddlewheelers. Once the primary mode of transportation in the region, these were abandoned when other transportation options became more popular. 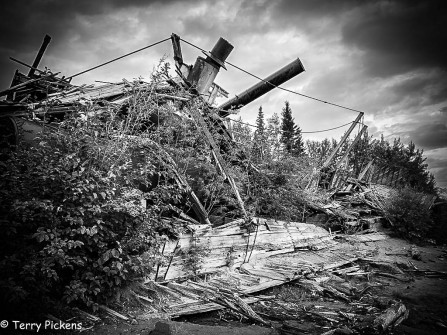 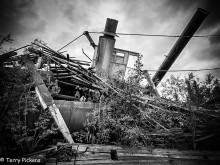 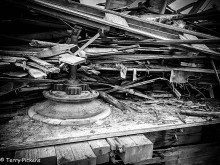 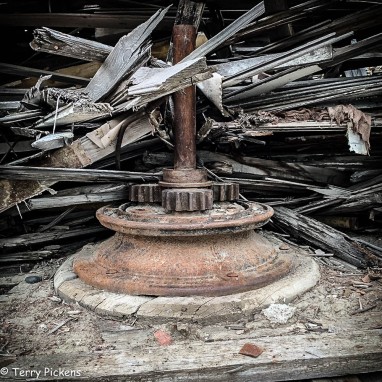 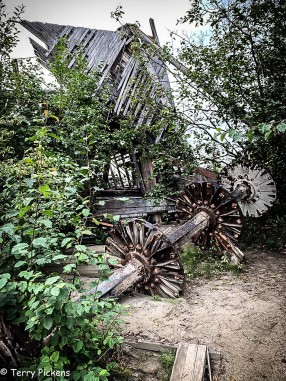 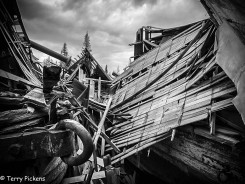 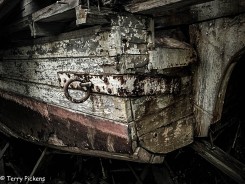 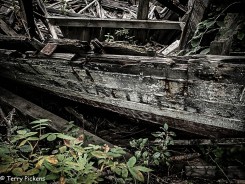 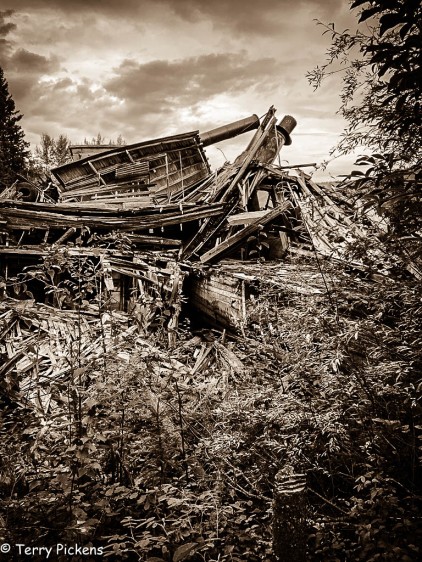 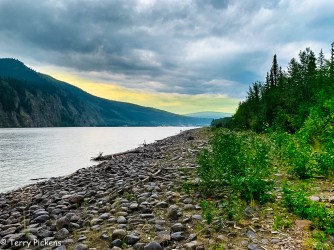 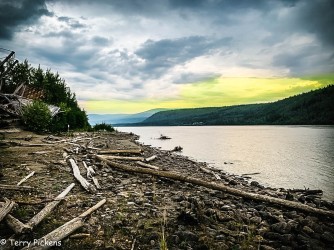 Scuttled off the side of the river this graveyard hulking remains of wooden paddlewheel ships are broken and damage hulks that looks as though they were crashed onto shore. Most of the wrecks have collapsed but a few of the ships are still intact enough to explore, and many of the paddlewheels remain thanks to their metal skeletons.

After this interesting exploration of the ships it was time to walk back and head south toward Whitehorse. An interesting trip we are now doing in reverse from a few days ago on the way to The Dempster Highway. 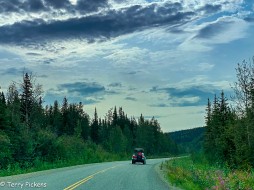 Arriving back in Carmaks it was time to stop for gas and pickup a few things at the adjacent store. After shopping it was time for a quick lunch in the parking lot before continuing on to the destination for the night, Lake Leberge. 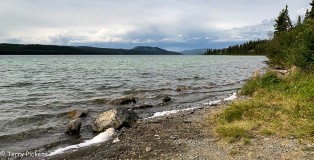 Lake Laberge is a widening of the Yukon River north of Whitrehorse. At 31 miles (50 k) long and from 1.25 to 3 miles (2 to 5 k) wide its water is always very cold, and its weather often harsh and variable. Its English name comes from 1870 commemorating the first French-Canadian to explore the Yukon in 1866, Michel LaBerge. During the late 19th and early 20th centuries winter sternwheelers carrying goods early in the shipping season on Lake Laberge regarded the lake as trouble, as it was one of the last areas of the river to thaw of ice. 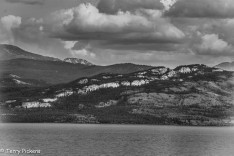 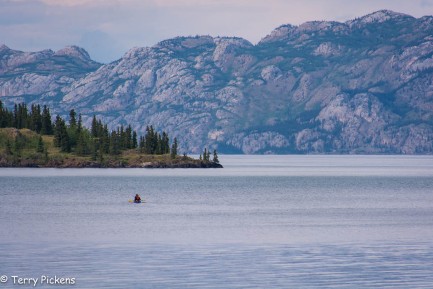 Entering the campground it was signed as full but we continued around to see if there might be an empty campsite and to see the lake. Luckily a husband and wife were packing up to leave and asked if we wanted the campsite. We said thank you yes and waited 20 minutes as they packed up. What a wonderful camping spot, very close to the lake with a beautiful view from the site. Now for a nice dinner and to sit by the lakeshore and enjoy the scenery with peace and quiet. 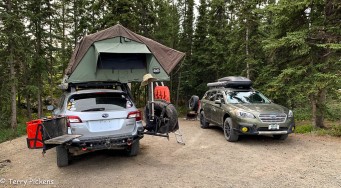 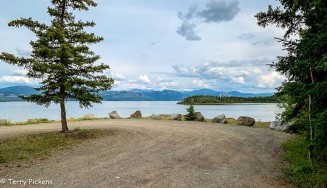 View from the campsite

Sa far this trip has just been outstanding and I suspected it would continue on this way.

3 thoughts on “Day 12 – Steamboat graveyard and south on the Klondike Highway toward Whitehorse.”